Tribeca Apartment, 500 sq.ft apartment is designed for a music composer in Mumbai, India. The interior design of this apartment is a blend of soft hues, textures and contrasts giving it a sleek modern look. It is known for its minimalist color palettes and cozy to achieve a sleek and sophisticated, modern design approach. Since it’s a small 1 BHK, the main focus was on choosing colors and material that don’t make it look small, like a smooth contrast of white and grey walls and glass coffee table. The false ceiling was avoided to give an appropriate height to the rooms with white and modern light fixtures so as to not break the minimalism in the design. The large sliding windows on the east walls allowed good morning sun inside the rooms and opened to greens and the beach outside. This not only gave freshness but also increased the illusion of space in the house. The ambient lighting in the bedroom and the piano at the bedside of the client fulfills his personal requirement, which was to have a personal home studio vibe inside the 500 sq.ft apartment. The big carpets used in the bedroom as well as in the living helped keep the rooms cozy and helped in sound absorption and acoustics of the rooms, as liked by the client. The highlight of this apartment was the archway between the living room and bedroom, which was highlighted using clear glass hanging lights. 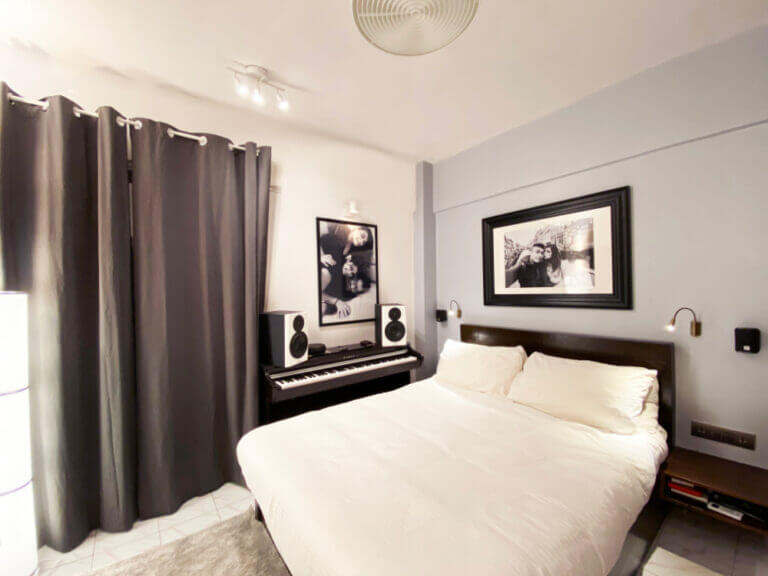 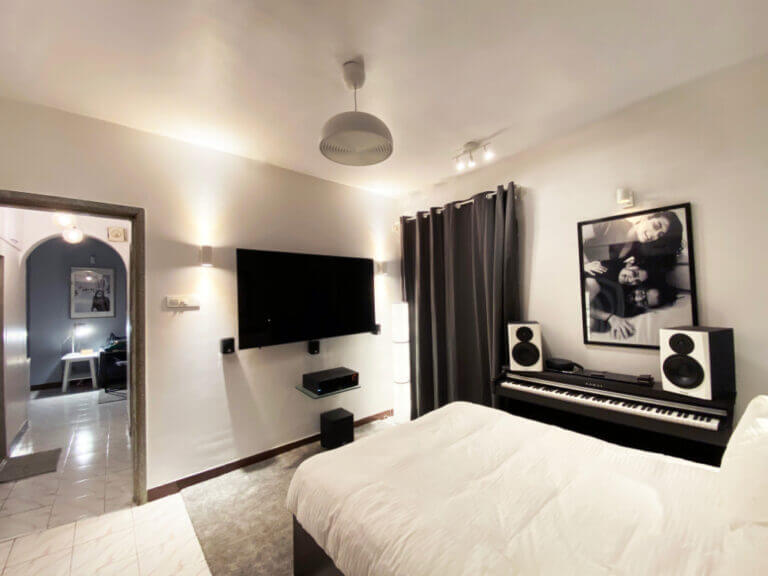 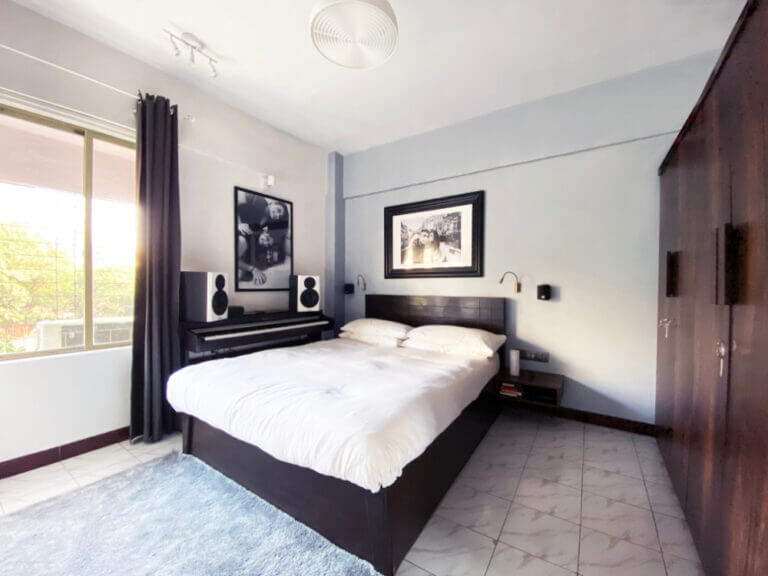 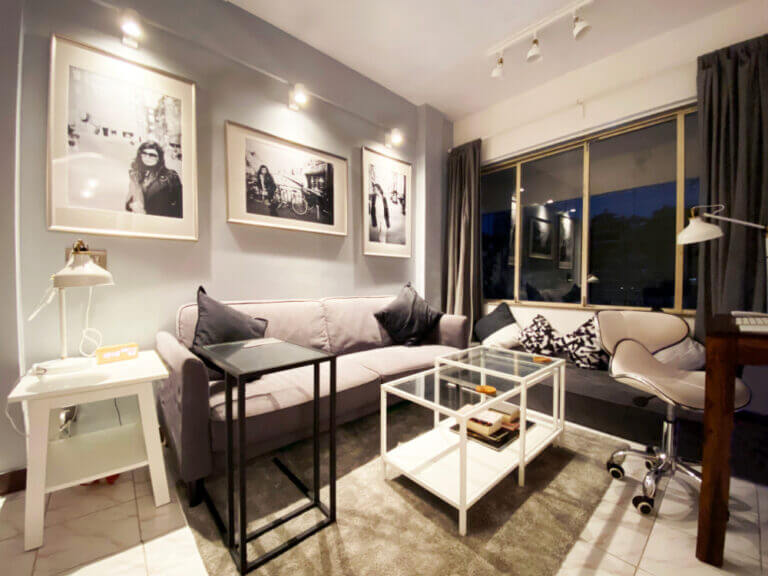 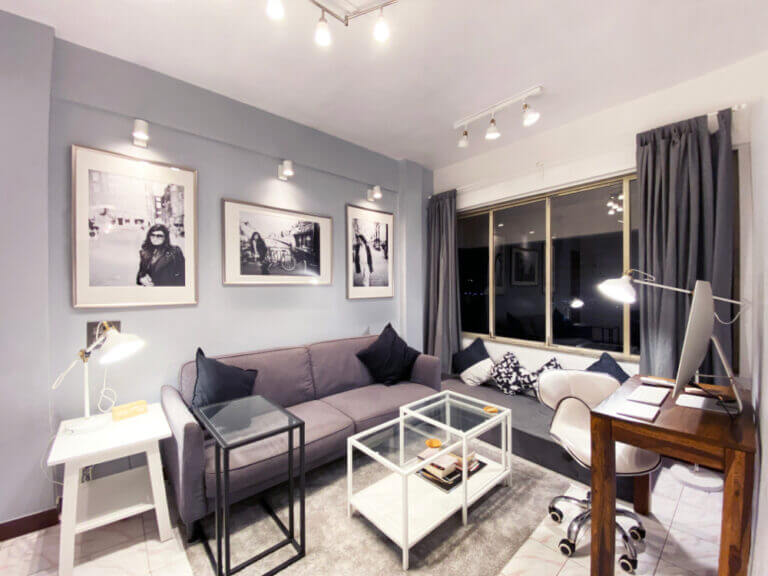